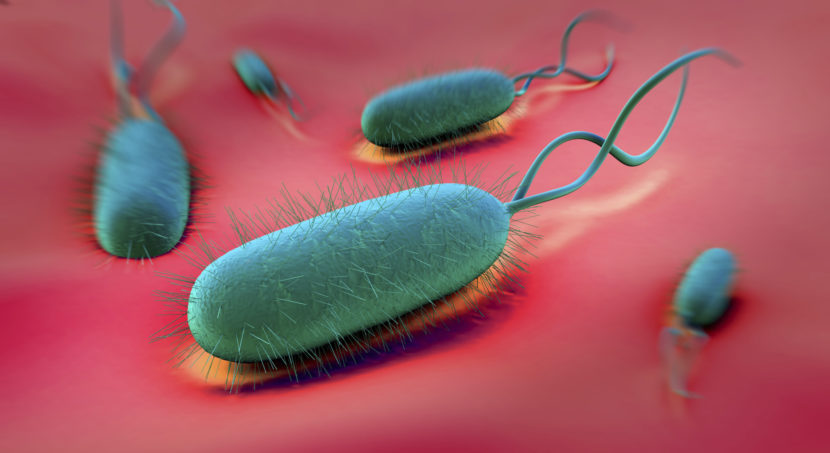 A rare condition may be the result of a common bacteria.

The immune system is our body’s defence system and is made up of many biological structures and processes that protect us against disease. Our immune system is designed to detect a wide variety of alien agents, known as pathogens. These pathogens can be bacterial, viral, or even our own dead or dying cells.

Our immune system can distinguish these from our own healthy tissue, and target them for neutralising. Disorders of the immune system can result in autoimmune diseases, inflammatory diseases and cancer. Autoimmunity results from a hyperactive immune system attacking normal tissues as if they were foreign organisms.

Alopecia areata (AA), is a condition in which hair is lost from some or all areas of the body. Most commonly it results in a few bald spots on the scalp, each about the size of a coin.

AA is perhaps the most common autoimmune disease and affects approximately 1–2% of the general population in all age groups, including males and females across all ethnic groups.

AA is a common condition causing non-scarring hair loss and is hypothesised to be an autoimmune, organ-specific, T-cell-mediated reaction directed against the human hair follicle.

People with AA generally ‘feel’ healthy but are unaware that it is the result in a failure by the body to recognise its own cells. In this case the immune system sees the hair follicle as a pathogen with the subsequent disruption of the hair follicle.

We recently discovered some research that points the possible cause of AA at an incredibly common bacteria called Helicobacter Pylori.

Helicobacter Pylori, or H.pylori as it is sometimes shortened, is a microaerophilic bacterium usually found in the stomach. It was identified in 1982 by Australian scientists Barry Marshall and Robin Warren.

They found that it was present in a person with chronic gastritis and gastric ulcers, conditions not previously believed to have a microbial cause. It is also linked to the development of duodenal ulcers and stomach cancer.

However, over 80% of individuals infected with the bacterium are asymptomatic.

It is believed that more than 50% of the world’s population has H. pylori in their upper gastrointestinal tracts and infection is more common in developing countries than Western countries. H. pylori’s helical shape (from which the genus name derives) is thought to have evolved to penetrate the mucoid lining of the stomach.

The research stated that although causes of most autoimmune diseases remains elusive. Much evidence suggests an environmental trigger in a genetically susceptible individual.

It suggests that the chronic survival of H. pylori in humans is possible because of an overall down regulation of the body’s immune response. In addition to this overall effect on the immune system.

H. pylori infection is very common and widespread. It has survived in its host (humans) for at least last 58 000 years. H. pylori have extensive interactions with immune system resulting in its down regulation. Its role as a causative agent of autoimmune diseases in genetically susceptible host has been extensively studied.

81 patients and 81 controls were studied. The result of urea breath test (UBT) for presence of H.pylori was positive in 53.1% patients with alopecia areata and only 33.3% of the individuals in the control group.

The results of the study showed significant difference between H. pylori infection in individuals with and without alopecia areata, which shows that H. pylori contamination may be linked to alopecia areata.

Finally, in ‘Infection and Autoimmunity (Second Edition), 2015 by Cristina Rosário,’ she said ‘one [study] found that the seroprevalence of H. pylori infection was higher among patients with alopecia areata compared to controls.’

She states, ‘For autoimmune disorders to develop, a combination of genetic, immunologic, hormonal, and environmental factors is required, comprising what is known as “the mosaic of autoimmunity”. Among these, infections are known to play a preponderant role in the development of autoimmunity. There is evidence that the eradication of bacterial infections can lead to a cure for or prevention of some autoimmune diseases…. Helicobacter pylori eradication leads to a cure in some patients [with rare autoimmune disorders such as] immune thrombocytopenic purpura. Based on the literature it can be concluded that the use of antibiotics to cure autoimmune diseases is a very complex subject.’

Our conclusion is that if you have AA it is worth being tested for the presence of H.pylori. A fairly straightforward treatment with antibiotics should eradicate the pathogen, and that might result in remission of the AA.