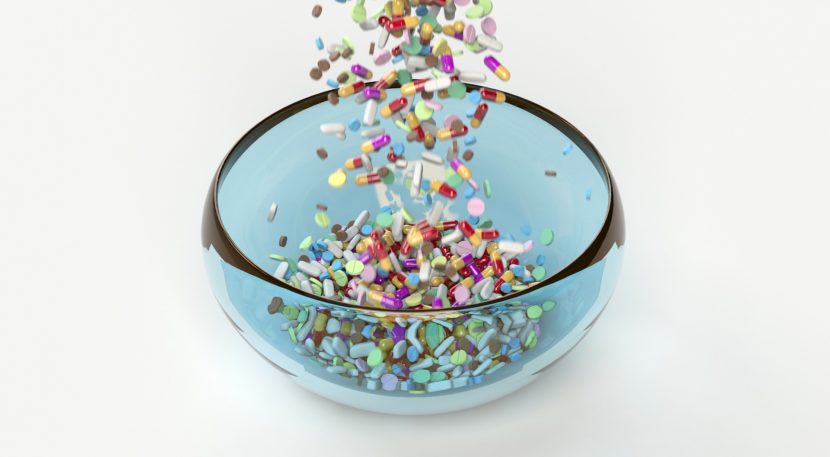 Most people are aware that chemotherapy and radiation for treatment of cancer can lead to hair loss. But most people are not aware that many more commonly prescribed prescription drugs can cause temporary hair loss, trigger the onset of male and female pattern baldness, and even cause permanent hair loss.

Doctors usually inform patients of common side-effects as a part of the standard of care, but many do not usually mention the rare side effect of hair loss. This may be because they don’t know about it, consider it a minor issue or purposely make no mention as it may deter patients from compliance.

Men often put hair loss down to inherited causes, and wouldn’t specifically associate it with any specific medication, but our female patients are more likely to suspect some other cause. Hair loss can be a significant psychological stressor to people.

There are many types of prescription medications that can affect your hair (categories listed below):

We don’t have the resource to go into each one, but there is one category that requires special mention.

In our clinic by far the most common category we find are anti-depressant medications.

Most of these patients are totally unaware hair loss is a potential side effect of anti-depression drugs.

Why do some anti-depressants cause hair loss?

Hair loss can occur when stressors are encountered. A stressor is a chemical or biological agent, environmental condition, external stimulus or an event that causes stress to an organism.

Psychologically speaking, a stressor can be events or environments that an individual would consider demanding, challenging, and or threaten the individual's safety.

An event that triggers the stress response may include:

Other examples include childbirth, illness, surgery, mental stress, poor nutrition and in this article, a new medication.

Essentially, in the presence of stress the ‘anagen, catagen, and telogen’ hair growth cycle is disrupted. At anyone time only 3 – 4% of hair follicles are in the dormant telogen phase prior to being pushed out by new hair growth.

However, the stressors mentioned above can cause many more hair follicles to enter into the resting stage (telogen phase) before they were supposed to, as the body prioritises new hair growth as ‘non-essential’ when it requires all available energy to be utilised somewhere more important to combat the stressor.

Because more hair follicles are in this resting stage, more hair is shed, leading to diffuse hair loss all over the scalp. We call this condition ‘telogen effluvium’.

Many psychotropic drugs, including SSRIs have been implicated in cases of hair loss because of the hermetic stress they put the body under.

Examples of other reported hair-related side effects of SSRIs (as well as most other antidepressants):

SSRI-induced hair loss is considered a rare side effect of SRRI medication, but the hair loss is usually reversible after discontinuing the medication.

A few years ago, the Organisation for Economic Cooperation and Development (OECD) looked at antidepressant use in 25 countries and found something startling.

In every single country the OECD looked at, antidepressant use was on the rise.

In Germany, antidepressant use had risen 46% in just four years. In Spain and Portugal, it rose about 20% during the same period.

In 2011 there were 1.7 million people (c7.8% of the Australian population) who had at least one PBS subsidised prescription for Antidepressant medication. Double the number from 2000.

The global anti-depressant drugs market is predicted to reach $15.98Bn by 2023.

What to do if you think your anti-depressant is causing shedding?

There is no special method for precise diagnosis and the only way to confirm the diagnosis is to stop the medication to observe if the hair growth cycle returns to normal.

Our advice is to do your own research and read the drug manufacturer's complete warnings.

Your pharmacist can also provide you with this information even before you fill a prescription.

You can ask your doctor whether a medication that does not have hair loss as a possible side effect can be substituted.