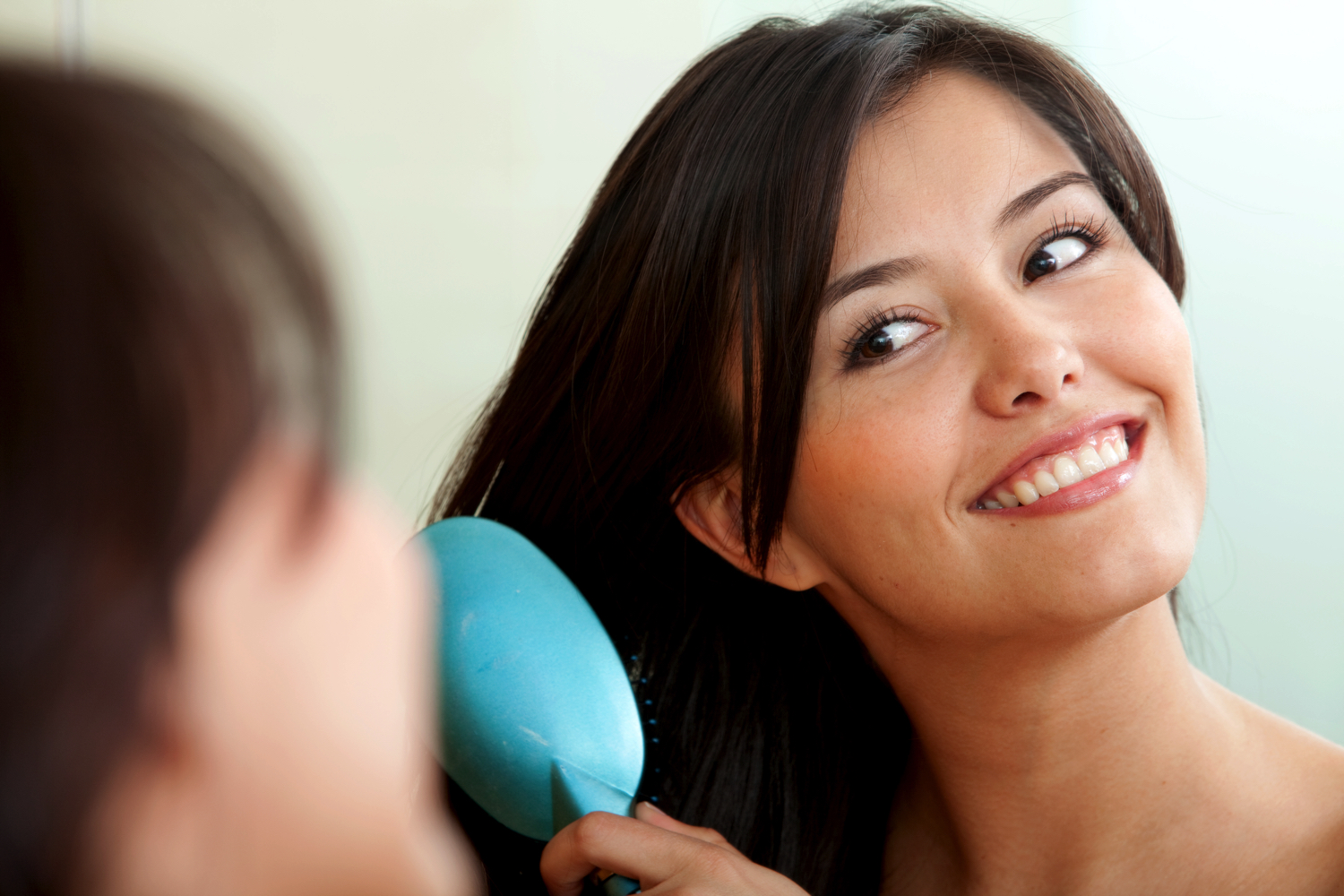 One of the things I’m often asked is ‘what type of hair problem do I have?’.

Hair problems generally fall into two types: Hair thinning, where the follicle deceases in width producing progressively thinner and finer diameter hairs until eventually closing – producing no hair; or hair loss, where hair appears to be falling or shedding in large quantities.

Even within these two large groups the ‘thinning’ or ‘shedding’ can present itself in specific patterns, places or features.

One word that’s often used concerning hair loss is ‘alopecia’. This is used a lot in the medical world as a general term to describe hair loss. However, there are multiple sub categories of ‘alopecia’ and the term is sometimes used wrongly or very generically.

In this blog I’m going to talk a type of a hair loss issue called Telogen Effluvium.

Telogen Effluvium is one of the most common hair loss patterns I see and it normally presents itself as ‘excessive hair shedding in a diffused pattern all over the scalp’.

In a perfect world, with no disruptions to the hair growth cycle, most people will have between 85% – 90% of their hair follicles in an active growth stage – Trichologists refer to this as the Anagen stage.

The rest is made up of follicles either in a short transition stage, that lasts around two weeks, called the Catagen phase, where the hair detaches itself from the inside of the follicle. Or the hair follicles have entered the resting stage know as telogen.

The telogen stage, which can last for 2-3 months, is where the hair in the follicle has stopped growing, has detached from the inside of the follicle and is waiting to be pushed out by new Anagen hair pushing it out of the follicle.

Each hair follicle is independent and goes through the growth cycle at different times – otherwise all your hair would fall out at once.

The Telogen Effluvium condition occurs when your hair growth cycle is disrupted and more of the active growing hairs (Anagen) get pushed into the resting phase (Telogen) much sooner than they should be.

Unfortunatley your scalp isn’t choosy which follicles it decides to affect, so hairs that are at different points of their growth cycle will enter the Telogen stage simultaneously in a diffuse pattern, and be shed at around the same.

With Telogen Effluvium, hair shedding doesn’t happen at the same time as whatever has caused the growth cycle disruption. For example if you have had a stressful incident or period in January, and your follicles are sensitive to those changes, you can expect to see the scalp shedding hair through March and April.

If you have long hair then this particular problem usually looks much worse as you will notice a loss in density through your pony tail. In other cases hair that was once wavy or curly could now become unmanageable and frizzy.

What causes it and what can you do?

There are lots of reasons why your hair growing cycle can be temporarily skewed, the most common being: Stress; Medications; Nutritional deficiencies: Hyper / Hypothyroidism and particularly post pregnancy.

As a short-term fix, one of the fastest ways to make the appearance of the hair look fuller and thicker again is to sacrifice some of your length. I know that’s easier said than done, but it really does make an instant difference to the way the hair appears to the eye.

Telogen Effluvium is one of the most common things I see, however trying to find out what causing it, can sometimes be a bit of a minefield, so it isn’t as straight forward as you would think.

Most of the time the problem corrects itself within 4-6 months and no treatment is needed, however if you have been repeatedly losing excess hair for longer than this period, then its best to visit a Trichologist so it can be investigated, as you may need some internal and external support to help the hair cycle normalise and recover.